RECOVER-ME IS DEVELOPED ON THE BASIS OF THE  NOBEL PRIZE IN PHYSIOLOGY OR MEDICINE 1998,1

awarded for the discovery concerning nitric oxide as a signalling molecule in the cardiovascular system, by a renowned professor emeritus of organic chemistry. The Recover-Me formula stimulates the production of this nitric oxide (gas) in your blood vessels.4

The formulation of Recover-Me has been kept as simple as possible to avoid counter effects that often occur whenever unrelated and incompatible ingredients are blend together. Focus has always been on positive impact rather than creating an “impressive” label with a long list of ingredients.

WHY IS NITRIC OXIDE IMPORTANT?

The Nitric Oxide Society explains it as follows:10 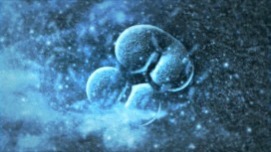 Cancer – nitric oxide appears to play a dual role in cancer. Low, physiological levels of NO appear to have anti-cancer properties whereas higher concentrations produced for prolonged periods may contribute to cancer cell growth and proliferation.

There is much focus and current research on understanding how NO affects cancer cell growth.

Physical performance– your ability to generate nitric oxide may predict how well you perform athletically.

Nitric oxide not only controls and regulates blood flow to working skeletal and heart muscles, but also controls how efficiently your mitochondria generate cellular energy from oxygen.

Exercise intolerance in older individuals is due to these people being unable to effectively produce nitric oxide and regulate blood flow to the body.

Immune function – when our body is invaded by pathogens such as bacteria, viruses, parasites or fungi. 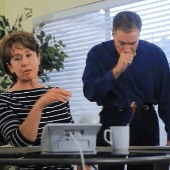 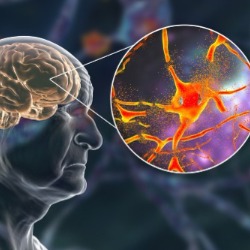 "It does everything, everywhere. You cannot name a major cellular response or physiological effect in which, nitric oxide, is not implicated today. It’s involved in complex behavioural changes in the brain, airway relaxation, beating of the heart, dilation of blood vessels, regulation of intestinal movement, function of blood cells, the immune system, even how fingers and arms move."

Synopsis of his book: “Though NO’s structure is simple, nitric oxide is now regarded as the most significant molecule in the body, absolutely crucial to your well-being. I am convinced that nitric oxide can age-proof your cardiovascular system, keeping it much fitter than your chronological age would indicate. Repairing the damage wrought by cardiovascular disease without risky and often ineffective surgery had long been considered impossible. I was awarded the Nobel Prize in Medicine for making that thinking obsolete. Now we know we can reverse cardiovascular impairment naturally – with the body’s internally manufactured ‘wonder drug,’ nitric oxide."

Recover-Me is a formula of amino-acids.

Recover-Me is based on a scientific study conducted according to scientific parameters by Dr. A. Isidori, in 1981 at the University of Rome. We have improved the formulation and made Recover-Me with ingredients of the highest quality.4

For these quality reasons, Recover-Me is made in Europe, in a laboratory that meets the strictest regulatory guidelines. We use only the highest available pharmaceutical grade ingredients for consistent quality and complete customer satisfaction.9

We use the right kind of L-Arginine, Pidolate, (the salt of L-Arginine) which in combination with L-Lysine the absorption of L-Arginine increases.5 L-Lysine and L-Arginine should not be taken together if the are of the *L* form, because L-Arginine6 and L-Lysine7 compete for the same receptors. However L-Arginine Pidolate attaches to a different receptor and allows a synergistic effect between the two. Isomaltulose 8 (has a low sugar content) is added so that it is slowly absorbed into the blood

It was a sensation that this simple, common air pollutant, which is formed when nitrogen burns, for instance in automobile exhaust fumes, could exert important functions in the organism.

It was particularly surprising since Nitric Oxide (NO) is totally different from any other known signal molecule and so unstable that it is converted to nitrate and nitrite within 10 seconds. Nitric Oxide was known to be produced in bacteria but this simple molecule was not expected to be important in higher animals such as mammals.

Further research results rapidly confirmed that Nitric Oxide (NO) is a signal molecule of key importance for the cardiovascular system and it was also found to exert a series of other functions. We know today that NO acts as:

Nitrogen monoxide (NO) is present in most living things and made by many different types of cells.

Importance in medicine today and tomorrow.1

Heart: In atherosclerosis, the endothelium has a reduced capacity to produce NO. However, NO can be furnished by treatment with nitroglycerin. Large efforts in drug discovery are currently aimed at generating more powerful and selective cardiac drugs based on the new knowledge of NO as a signal molecule.

Shock: Bacterial infections can lead to sepsis and circulatory shock. In this situation, NO plays a harmful role. White blood cells react to bacterial products by releasing enormous amounts of NO that dilate the blood vessels. The blood pressure drops and the patient may become unconscious. In this situation, inhibitors of NO synthesis may be useful in intensive care treatment.

Lungs: Intensive care patients can be treated by inhalation of NO gas. This has provided good results and even saved lives. For instance, NO gas has been used to reduce dangerously high blood pressure in the lungs of infants. But the dosage is critical since the gas can be toxic at high concentrations..

Cancer: White blood cells use NO not only to kill infectious agents such as bacteria, fungi and parasites, but also to defend the host against tumours. Scientists are currently testing whether NO can be used to stop the growth of tumours since this gas can induce programmed cell death, apoptosis.

Impotence: NO can initiate erection of the penis by dilating the blood vessels to the erectile bodies. This knowledge has already led to the development of new drugs against impotence.

Diagnostic analyses: Inflammatory diseases can be revealed by analysing the production of NO from e.g. lungs and intestines. This is used for diagnosing asthma, colitis, and other diseases NO is important for the olfactory sense and our capacity to recognise different scents. It may even be important for our memory.

For more indept information, check out these videos.

One moment please. We'll transfer you to the payment provider.